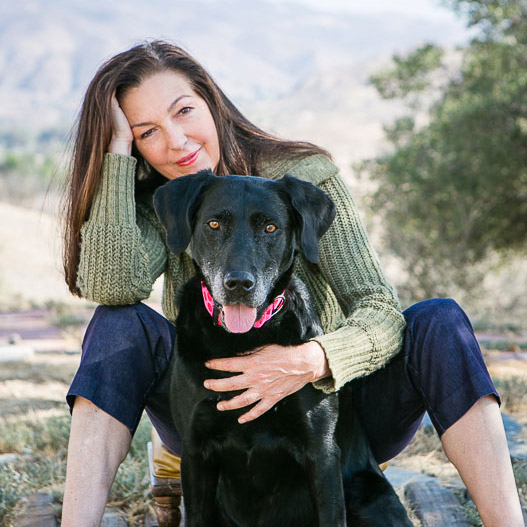 Animal communicator, TEDx speaker, Hay House author, educator and animal parent, Joan Ranquet leads an inspired life. It’s no surprise MSN deemed her as one of the “Top 25 People Who Do What They Love.”

Joan has connected with animals professionally for over twenty-five years, she’s connected with them personally as long as she can remember. Her calling has led her to work with hundreds of thousands of pet owners, trainers, barn managers, and vets – teaching animal communication through workshops, wildlife retreats, and private sessions.

For eight years, Joan spearheaded trips to swim with wild dolphins, she’s facilitated excursions to South Africa and Borneo, and she now leads eco wildlife adventures with endangered species. Joan shares her expertise and experience all over the country speaking on animal communication, human/animal relationships, energy healing, wildlife and inspiring people to follow their mission to help animals.

Joan’s hands-on process troubleshoots behavioral and medical issues, stimulates healing (in conjunction with conventional treatment), and deepens her client’s ability to care for and understand their animals. She believes these aren’t gifts for the select few and teaches tangible skills that guide her students to consistent and confident communication with animals.

In 2009, Joan founded CWALU (Communication With All Life University), a certification program for animal communicators and energy healers. She is the author of Energy Healing for Animals (Sounds True), and Communication with all Life (Hay House) and is an active contributor to Dharma of Dogs (Sounds True). Deemed “Celebrity Animal Communicator” in an AMC Channel documentary, Joan has been featured in dozens of media including The Hollywood Reporter, Pet Nation on Dateline NBC, The Today Show on NBC, Good Morning America on ABC, Animal Planet, The National Enquirer, and The Los Angeles Times to name a few.

Today Joan lives on a farm in the gorgeous hills of southern California with her devoted animal family: 2 horses, 2 dogs, and 4 cats. She donates her time toward animal rescue missions, therapeutic riding centers, and is an avid fundraiser for organizations that aid natural disasters and endangered species.

Would you like to work with Joan? Visit her offerings page to see what’s in store!