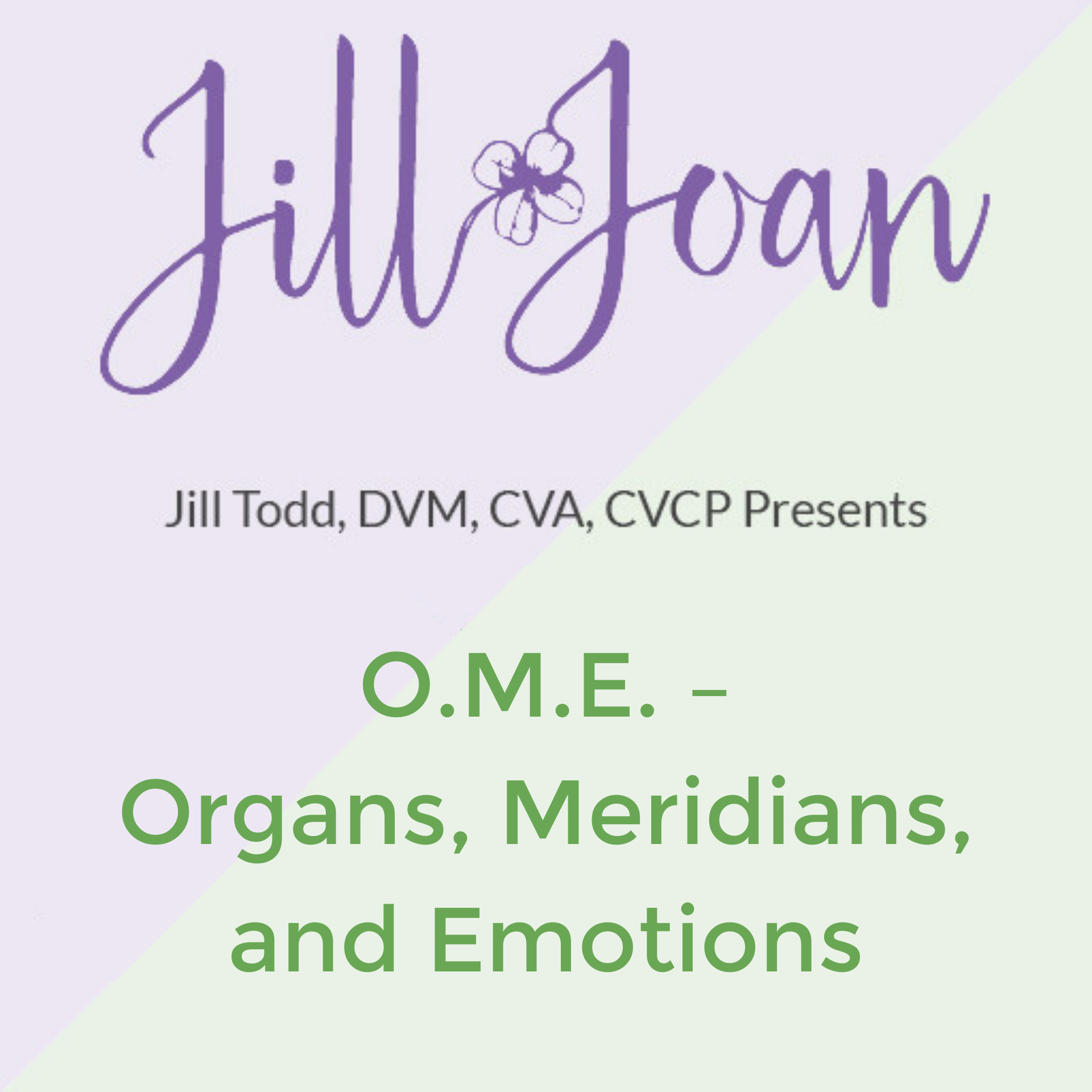 Payment plan available until June 8th, 2023. Just click the button below and select the payment plan!

It’s all going to come together – in 12 weeks, through 12 meridians – you will finally understand how to impact energy flow and create healing for yourself and your animals. How our life energy (our Qi) flows through a system of channels (meridians) actually conditions our overall existence: how we think, how we feel, how our body moves. Everything.

This course – Organs, Meridians & Emotions – will simplify the complex innerworkings of meridians and the organs they are associated with, while incorporating the balance of Yin-Yang and the Five Elements that create interaction between your animals’ bodies and their surrounding environment. All of the concepts you’ve heard about, or learned about in other Jill & Joan courses, will come together in a way that enables YOU to perform energy healing that balances and removes blockages from your animals’ bodies (and your own)!

Healing is a journey, one that includes the path of healing wounds on the soul as well as the body. Organs, Meridians & Emotions is the next leg of that journey. We will leave no stone unturned in the quest to heal, cure, preserve life and vibrant health, and to understand the emotions that set certain unhelpful patterns in motion within a being’s system.

When you graduate from this course, you will also be one step closer to Certification in Acupressure and Meridian Touch Healing.

Invest in healing through Organs, Meridians & Emotions today!
The Organs, Meridians & Emotions (O.M.E.) course will enhance your connection and work with animals, particularly if you see yourself in one or more of the types of our students below:
The O.M.E. course is practical and hands-on. We will start our classes by grounding ourselves and setting our intentions. Just like the sacred spiritual incantation of “om” is often used during meditative and spiritual activities, “O.M.E.” will use the Bladder Meridian Sweep to prepare the body for healing.

Here’s what else you can expect from this LIVE online 12-week course:

The live component means you have the opportunity to ask questions and also hear all of the Q&A’s – giving you an understanding beyond the course material as you learn from fellow students, hear the answers to their questions, and witness breakthroughs that help you, others and the animals.

I absolutely love this class and cannot even begin to count how many times I use the simple yet extremely effective techniques I’ve learned from Dr. Jill for my horses, dog and cats.
Understanding the innerworkings of organs, meridians and emotions has allowed me to help my animals with colic, breathing issues, nervousness, hip pain and even relaxation. This course is a must for all animal caregivers!!

Yes! This is What I've Been Waiting For! I Can't Wait to Get Started!
You already know that everything is made of energy, including us and the animals we love. Since everything is energy, we are all connected by and to that force. Our own energy system either adds to or depletes another’s, and likewise, theirs affects ours. We are using, giving, emitting, submitting to, and creating even more energy all the time.

Our body wants – and needs – to be at peace…to be in a state of harmonious balance within its Yin and Yang forces. If that balance is disrupted and becomes out of alignment, illness (physically and emotionally) can manifest. For healing to occur, you must know exactly where to access the energy points and release any blockages or surplus energy which may be causing the imbalance.

Here’s some of what you will learn in the Organs, Meridians & Emotions course:

Now you can understand why O.M.E., Organs, Meridians & Emotions is the most detailed, deep dive and substantive course Jill & Joan has offered to date!
I'm Ready to Dive Deep - Sign Me Up Today! 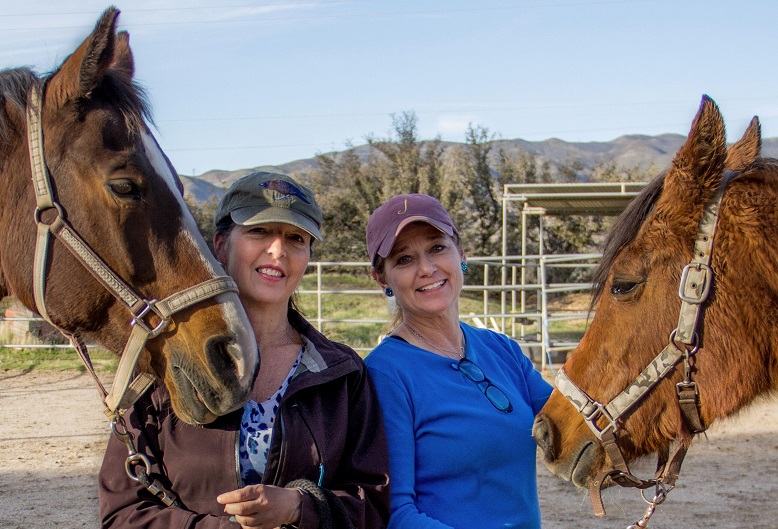 Dr. Jill Todd’s introduction to Traditional Chinese Veterinary Medicine came 10 years after owning and operating a traditional Veterinarian practice built on Western medicine. It was then that the love of her life, Tally Ho, a Rhodesian Ridgeback, needed surgery on her back. When the procedure backfired and Tally Ho’s back got worse, Dr. Jill took her to an acupuncturist. After just three weeks of consistent treatment, Tally Ho was walking, then climbing stairs shortly after. Dr. Jill felt like she had witnessed a miracle…and that’s when her training in Eastern medicine began.

Dr. Jill sold her clinic, moved to the Pacific Northwest, and opened an Acupuncture and Orthopedic Manipulation Veterinary Medicine practice. Later, she met a kindrid spirit in Joan Ranquet, and together they founded Jill & Joan Healing, offering energy healing courses and all natural Hemp products. Dr. Jill’s ability to read animals at a soul and energetic level – to pick up on their pain, anxiety, fear or aggression – wasn’t learned in school, however. It’s an intuitive gift that remains one of her life’s beautiful mysteries, a gift that she humbly uses to serve animals and the humans who love them.

Animal communicator, TEDx speaker, Hay House author, educator and animal healer, Joan Ranquet leads an inspired life. It’s no surprise MSN deemed her as one of the “Top 25 People Who Do What They Love.”

Joan has connected with animals professionally for over 25 years, and she’s connected with them personally as long as she can remember. Her calling has led her to work with hundreds of thousands of pet owners, trainers, barn managers, and vets – teaching animal communication through workshops, wildlife retreats, and private sessions.

In 2009, Joan founded CWALU (Communication With All Life University), a certification program for animal communicators and energy healers. She is the author of Energy Healing for Animals (Sounds True), and Communication with all Life (Hay House) and is an active contributor to Dharma of Dogs (Sounds True).

Deemed “Celebrity Animal Communicator” in an AMC Channel documentary, Joan has been featured in dozens of media including The Hollywood Reporter, Pet Nation on Dateline NBC, The Today Show on NBC, Good Morning America on ABC, Animal Planet, The National Enquirer, and The Los Angeles Times to name a few.

Joan shares her expertise and experience all over the country and even internationally, speaking on animal communication, human/animal relationships, energy healing, and marine wildlife. 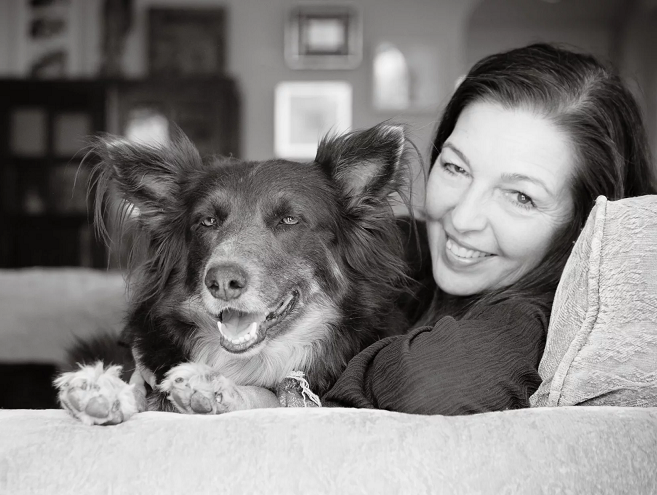 Please contact us with questions or for additional information.
support@jillandjoan.com